Crossing The Career Chasm: My Journey Into Tech 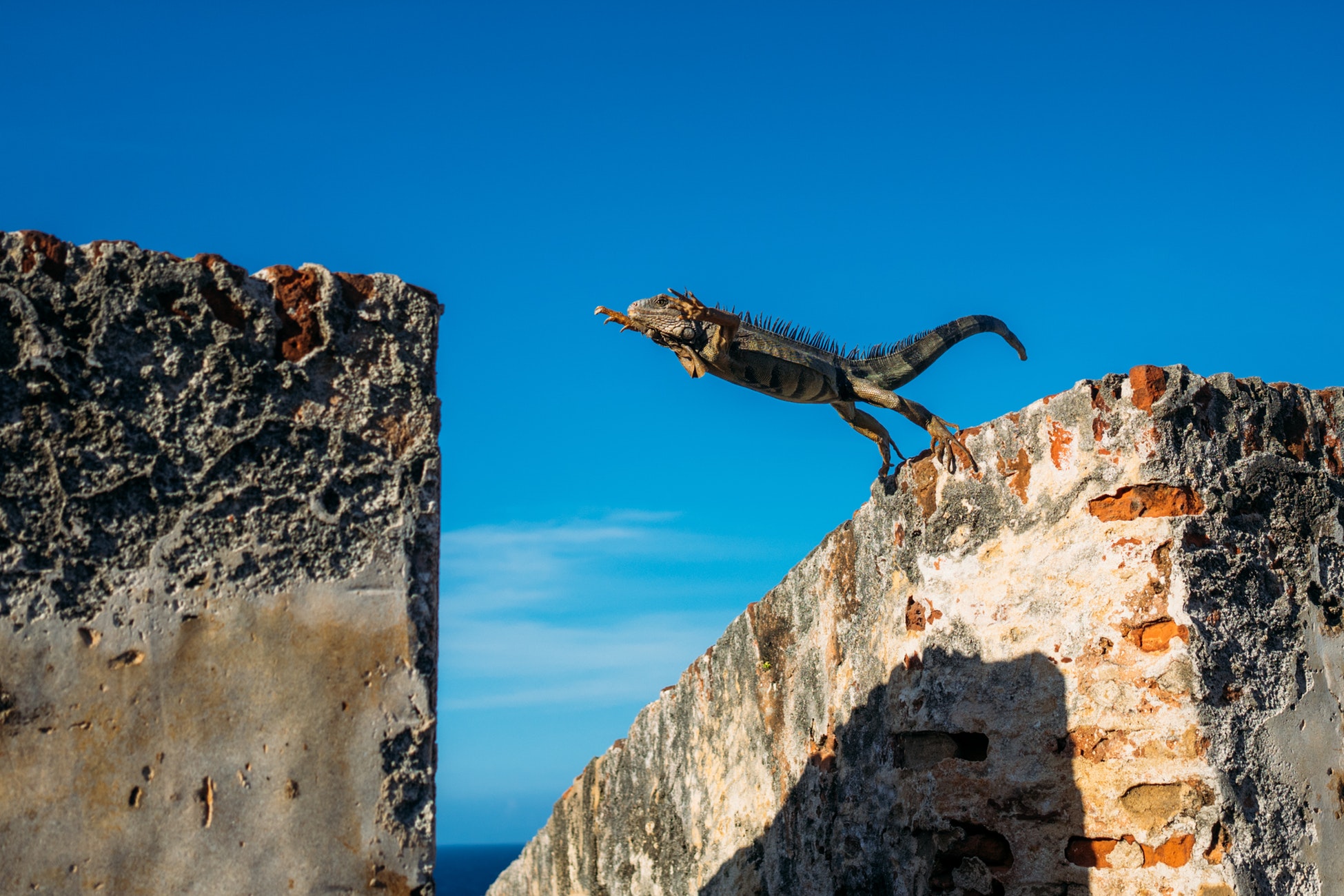 Well, well, well… look at what we have here. After years of p̶̶r̶̶o̶̶c̶̶r̶̶a̶̶s̶̶t̶̶i̶̶n̶̶a̶̶t̶̶i̶̶o̶̶n̶ daydreaming and talking about this, I finally got the guts to enter the world of blogging.

Hello and welcome to my corner of the internet where I’ll chronicle my journey in the world of technology and start-ups. I’m a product manager at Flat Circle and co-founder of Simplimantis.

To get to where I am right now wasn’t a smooth ride. I had to overcome Impostor Syndrome, learn new skills, optimise my self-education process and manage my mental and physical health – all while dealing with the day-to-day operations of running a business.

In later posts, I'll be sharing more details about my journey including the preparation I had to undergo to leave my previous job as an investment analyst; how to pick and validate ideas; how I manage my time to read books, listen to podcasts, learn how to code, write, design and still maintain a healthy lifestyle.

But before I get knee deep into today’s happenings, let’s get to know each other first. Here is my not-so-brief story on how I got into tech.

I was born in Zambia and when I was about three years old, my family moved to the Kingdom of eSwatini, formerly known as Swaziland. During the first half of my childhood, I lived in a rural part of Swaziland called Dvokolwako, at a health centre where my dad worked as a radiographer.
‍

‍
I’m the third born of five children (#MiddleChildProblems) and we were all enrolled at the local primary school where my mom was a teacher. The school had many disadvantages; we didn’t have access to computers, there was a limited subject offering and, like many rural schools, there was a high dropout rate due to poverty. It was a common sight to see some pupils walking barefoot and others using plastic bags as backpacks.
‍

‍
As you can imagine, growing up here had its drawbacks, which only became apparent to me at a later stage. However, regardless of all these challenges, the memories that I have of my childhood are filled with happiness and joy.

Like many kids my age at the time, playing video games fuelled my fascination with technology. My first encounter with gaming was on an NES console clone, the Golden China my dad bought when I was eight. The one with 9999999999-in-1 game cartridges you had to blow into when it became faulty.

It drove my parents nuts to the point that they started claiming it would kill the TV if we played for a prolonged period. My dad later bought a computer because he couldn’t stand us spending too much time playing games while they wanted to watch s̶o̶a̶p̶i̶e̶s̶ the news.
‍

‍
Setting up the computer (a Pentium Pro system, if I remember correctly) was not easy but this was when my dad noticed how interested  I was in tech. I used to stay up till the wee hours of the morning, trying to help him troubleshoot or learn how to use software － little did he know that all I wanted was to have a chance to play games.

We eventually moved to the city, Manzini, when I was 13, where my dad started a printing company and I enrolled at a high school that had computer studies in the curriculum.

I quickly made friends with kids who had similar interests. This was when I got my first taste of entrepreneurship through buying and selling hardware and software. I eventually became the go-to kid for any tech-related merchandise, which allowed me to keep up with my expensive hobby of upgrading my dad’s office PC to run the latest games.

Our computer studies curriculum was centered around the Microsoft Office package and hardware but had nothing to do with actual coding. When I was 15, I decided to learn how to code after I managed to get my hands on a couple of programming eBooks. Even though I had no idea what I was doing or why I was doing it, I was enthusiastic and motivated.

Eventually, all the enthusiasm waned as I hit roadblocks and got frustrated trying to figure out what to do. To encourage me, my father introduced me to a couple of his friends who were involved in the local IT industry, but all of them were either running hardware shops or working in networking companies. My quest to find some sort of mentorship failed as there was no software development scene in Swaziland at the time.

As much as I loved technology, my aim after high school was to push myself out of my comfort zone and not confine myself to one discipline. So in 2008, I enrolled for the actuarial programme at the University of Cape Town in South Africa. This programme was multidisciplinary and had a combination of accounting, economics, finance, mathematics, statistics, and － as luck would have it － one semester of computer science. I was quite ecstatic initially, but after a couple of weeks of attending computer science lectures, I hated it. I felt like there was a massive disconnect between what we were learning and real-world applications, which made it boring and impersonal.

I knew what I had to do to get good marks but I just had no idea why I was doing it. We were programming in Java…I won’t say anything more on that since I might get murdered by Java fangirls/fanboys.

Over time, my attendance decreased and I couldn’t wait for the semester to be over. I did, however, fall in love with finance and investments, which led me down the path to a career in investment management.

I eventually graduated with a BSc in Mathematical Statistics and after that, an honours degree in Financial Analysis and Portfolio Management. After graduation, I was lucky to get an opportunity to work with Hamed Behairy, my honours year valuations lecturer, on multiple research projects, which increased my chances of securing a position as an investment analyst.

In 2013, I started my career as an analyst at a company called Integrity Asset Management in Cape Town. My role entailed carrying out valuations for local and international companies. The majority of the companies I covered were technology companies. I also got a chance to analyse companies in other industries such as mining, hospitality, financial services, retail, etc.

Carrying out these valuations on tech companies was fun and since my job entailed keeping up with the latest industry trends, it re-ignited my passion for tech. I loved my role as an analyst, but at the back of my mind, I always had this itch to be a producer of technology – not just a consumer.

I’ve always known that I would start a business at some point. This was driven by all the experience I've had helping my father run the family business for the better part of my life. The quest to scratch this itch eventually led me to explore the world of start-ups.

My first foray into the world of start-ups was back in 2014 through a side project called Quweza － a data analytics platform for high schools in Swaziland. I worked on this project with three friends from university, and boy, did we make all the mistakes with that one!

We were lucky because one of my co-founder’s mom owns a school in Swaziland, so we had some customers using our product. However, we had to be honest with ourselves and accept that, as hardworking as we were, the problem we were trying to solve would need more of our attention than coding after hours and over the weekend.

After 18 months of blood, sweat and t̶e̶a̶r̶s̶ noodles, we shut it down and I moved on to start Simplimantis with one of my business partners, Benjamin Mmari.
‍

‍
In 2016, we left our jobs to focus on running Simplimantis full-time. This was one of the toughest decisions I’ve ever made, but our goals were simple: Build software products for clients, make enough money to survive, build our own products and, most importantly, learn from the process.

This was quite challenging but we gained extensive experience building products across multiple industries such as education, fintech, e-commerce, hospitality, entertainment and security. Working on client projects to pay the bills while building internal products was like balancing a lump of burning coal on your forehead while juggling cactus plants. Okay, maybe I took it too far with that analogy...
‍

‍
In 2017, we experienced issues when multiple clients defaulted on payments, which led us to ask ourselves the golden question: “What are we optimising for?” Our primary goal has always been to optimise for learning but for some odd reason, our landlord wouldn’t accept learning as payment for rent… Smh.

After much deliberation, we decided to entertain some of the job offers we had received during our time in the trenches. I was lucky to get one from a mobile software company called Flat Circle, which I eventually joined as a product manager.

I work with an incredibly talented group of individuals building products like Kin, Lettuce, Times Live, Times Select and many other award-winning apps. We have since restructured Simplimantis to allow us to focus on our own products like Simpligive and many other exciting projects.

Where to from here:

The technology space is permeated with content and organisations claiming to help entrepreneurs validate their ideas and provide mentorship. More often than not, they do more harm than good.
‍

‍
My goal with this blog is to cut through the clutter of oversold misconceptions copied from our...err silicon counterparts in the valley, which don't always apply to entrepreneurs in emerging markets. Everything I write is what I wish I had read before embarking on this journey into tech.

One of the lessons I had a tough time internalising was that regardless of how smart, hardworking and ambitious you are, no one is coming to save you from your situation. There are no shortcuts or quick fixes. It’s up to you to actively improve on who you are through lifelong learning and deliberate practice.

Among the many targets set by the UN for 2030, one of them is to substantially increase the number of youth and adults who have relevant skills for financial success. I believe the internet will be the driving force in unlocking human potential and achieving this target. One of the best ways to accelerate this process is to share and teach people how to use the internet to their advantage.

If you’re keen to ride along and learn from my experiences, sign up for my mailing list below. I don’t claim to have all the answers, but I’m excited to share what I have learnt and what I’m yet to learn so you don't make the same mistakes I did.

Join my mailing list to get notified when a new post goes live.
Thank you! Your submission has been received!
Oops! Something went wrong while submitting the form.

Join my mailing list to get notified when a new post goes live.
Thank you! Your submission has been received!
Oops! Something went wrong while submitting the form.